Released Tuesday by the Montreal-based Raoul Wallenberg Centre for Human Rights and a Washington, D.C.-based think tank, the report contains a legal analysis that concludes China “bears state responsibility for an ongoing genocide” against the Uighurs, an overwhelmingly Muslim minority group.

“China, as a state, is committing acts of genocide against the Uighurs with the intent to destroy, in whole or in part, the group as such, as exemplified by state-orchestrated mass internment, forced birth prevention and campaigns of eradication,” Yonah Diamond, legal counsel for the Raoul Wallenberg Centre for Human Rights and a principal author of the report, said in a press release.

That damning conclusion follows years of other reports from media, academic and UN experts that have accused China of imprisoning over a million Uighurs in concentration and “deradicalization” camps and targeting them for forced labour, sexual violence, population control methods and sweeping surveillance.

The Chinese government has denied accusations of human rights abuses. The Chinese ambassador to Canada has accused his country’s critics of fabricating the “lie of the century.” 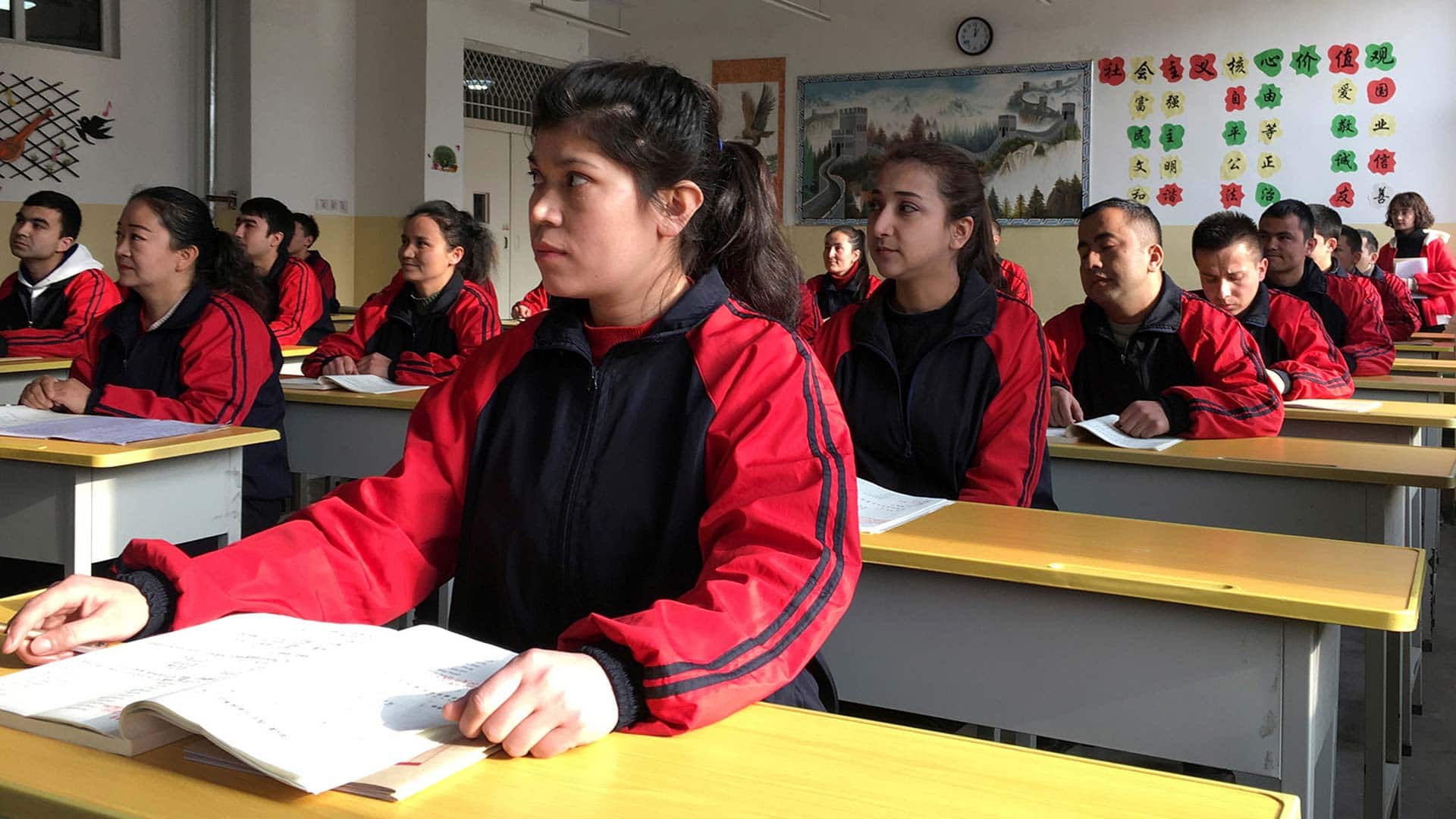 A Chinese government report, unintentionally made public, outlines how Uighurs and other minorities were forcibly relocated and retrained for new jobs in what’s considered an attempt to dilute their culture and reduce populations. 2:00

Article II of the UN Genocide Convention, adopted in 1948, defines genocide as acts committed “with intent to destroy, in whole or in part, a national, ethnical, racial or religious group.”

The convention includes a list of five acts that constitute genocide: killing members of a group; causing serious bodily or mental harm; creating conditions meant to force the physical destruction of the group; forcibly transferring children to another group; and imposing measures that prevent births.

The researchers say a review of public and leaked government communications, eyewitness testimony and open-source research methods offers evidence that Chinese state institutions have engaged in all five actions. China is a party to the convention, along with over 150 other countries.

According to the report, between one and two million people have been forcibly detained in over a thousand internment-style camps across Xinjiang since 2014. That’s when the Chinese government launched a campaign supposedly targeting terrorism in the region, but which critics have said was a cover for smothering Uighur dissent.

The report says many prominent Uighur leaders have been selectively sentenced to execution, while other elderly Uighurs have died during long stints in prison. Imprisoned Uighurs have faced torture, harsh interrogations and other cruel treatment.

Uighur women have been subjected to forced intrauterine device insertions and abortions and have been injected with medication that halts their menstrual cycles, the report says.

“China is a highly centralized state in full control of its territory and population, including [in Xinjiang],” the report reads. “The persons and entities perpetrating the above-indicated acts of genocide are all state agents or organs — acting under the effective control of the state — manifesting an intent to destroy the Uighurs as a group.”

Liberals reluctant to use genocide label

The release of the report comes two weeks after the House of Commons voted overwhelmingly to declare China’s actions against Uighurs and other Turkic Muslims in Xinjiang a genocide. While backbench Liberal MPs joined their opposition colleagues in that vote, cabinet ministers abstained.

Prime Minister Justin Trudeau and his government have been reluctant to use the word genocide, arguing that more evidence from independent investigations is needed.

A House of Commons subcommittee said in an October report that China’s campaign against the Uighurs meets the definition of genocide after hearing testimony from several Uighur witnesses who gave first-hand accounts of atrocities.

The Trump administration accused China of committing genocide and other crimes against humanity in January, a position the Biden administration has maintained.

A spokesperson for Foreign Affairs Minister Marc Garneau’s office told CBC News the department is aware of the report and will be reviewing it closely.

“We will continue to work in close collaboration with our allies to push for these to be investigated through an international independent body and for impartial experts to access the region so that they can see the situation firsthand and report back.”

Earlier this year, the federal government announced a new regulation meant to ensure that Canadian companies are not complicit in human rights abuses or the use of forced labour in Xinjiang. But the measures stopped short of imposing “Magnitsky-style sanctions” on Chinese officials, something called for by the opposition Conservatives.

Conservative Leader Erin O’Toole today urged the Liberal government to join MPs in calling China’s actions genocidal. He renewed his call for sanctions and for the relocation of the 2022 Winter Olympics out of Beijing.

Letter by the Hon. Salma Zahid, the Chair of #CIMM to URAP

Teich and Tohti: China must not hamper visit by UN rights boss to Uyghur region

URAP Calls Immediate release of the Uyghur Report or resignation